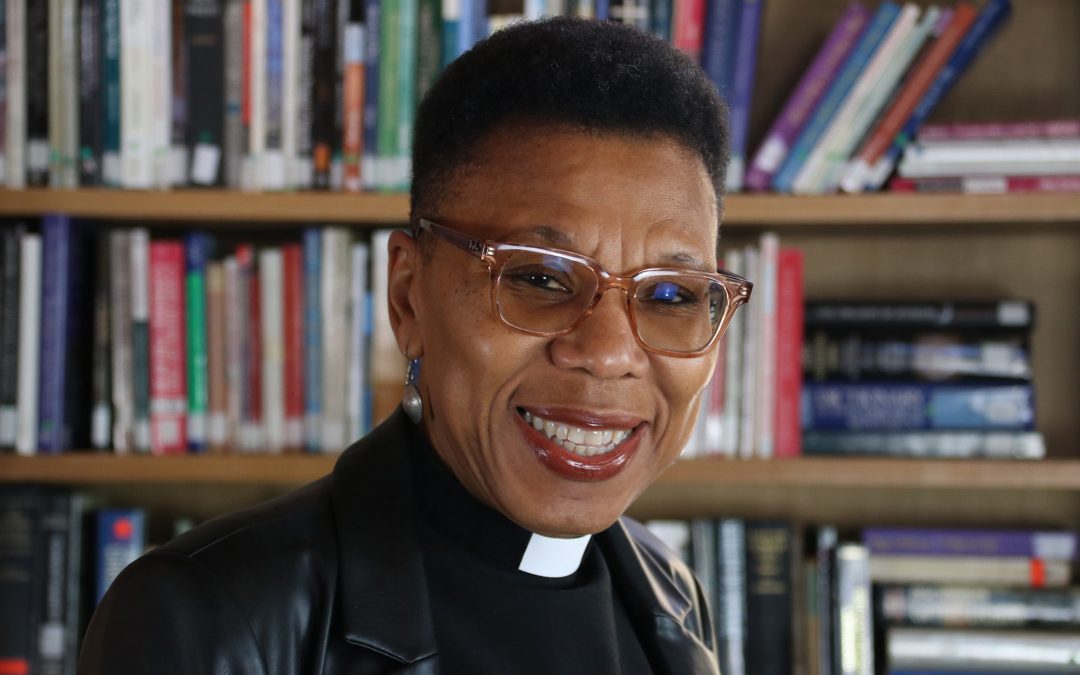 Here is the Press release from the Diocese:
BISHOP OF CROYDON APPOINTED

Downing Street announced today that Her Majesty The Queen has approved the appointment of the Venerable Dr Rosemarie Mallett, Archdeacon of Croydon, as Bishop of Croydon in the Diocese of Southwark. She succeeds the Rt Revd Jonathan Clark who left the Diocese in March. Dr Mallett is the first female Bishop in the Diocese. She will be the second Barbadian Bishop of Croydon – the first being the Rt Revd Wilfred Wood who served as Bishop from 1985 to 2003. He was the first Black Bishop in the Church of England. Dr Mallett will be consecrated at Southwark Cathedral on Friday 24 June.

Born in Barbados, Dr Mallett grew up in the UK and was educated at Sussex University and Warwick University. Prior to ordination, she was a research sociologist and academic, specialising in international development and ethno-cultural mental health. She has lived and worked in Tanzania, Ethiopia and Barbados. She trained for ministry at the South East Institute of Theological Education (SEITE) and served her curacy at Christ Church, Brixton Road. She was ordained Priest in 2005.

Dr Mallett served as Priest-in-Charge at St John the Evangelist, Angell Town, from 2007 and was appointed Vicar in 2013, as well as being made Director of Ordinands for the Kingston Episcopal Area. In 2015, she was additionally appointed Diocesan Director of Justice, Peace and the Integrity of Creation. She served on General Synod from 2011 to 2021.

She is the Diocesan lead on Racial Justice and authored the Diocese of Southwark’s Anti-Racism Charter which was unanimously approved by the Diocesan Synod in March 2021. Dr Mallett regularly appears on BBC Radio Four’s Prayer for the Day and has led Daily Worship on BBC Radio Four. She is a spokesperson on racial and social justice issues nationally.

For more than 20 years, Dr Mallett has served as Trustee and Director of a number of social action charities across London, all focusing on building community cohesion. She served as Equalities Commissioner for five years in Lambeth, and currently acts as adviser to a Croydon community action project which is focused on reducing serious youth violence.

Dr Mallett has one daughter, Jane, and enjoys baking and walking. She loves jazz music and going to the theatre.

Commenting on her appointment, Dr Mallett said: “I am thankful to God for the honour and privilege of serving as the next Bishop of Croydon. I love the diversity of this area geographically, ethnically and culturally. I will serve the Episcopal Area of Croydon and East Surrey and the people with great pride and do my very best to make God’s word and his love be known, while championing social justice causes across the area for people of all ages.”

The Bishop of Southwark, the Rt Revd Christopher Chessun, added: “I am very grateful to all those who have worked with me to ensure that the appointment of the next Bishop of Croydon has gone forward swiftly. I am delighted that The Venerable Dr Rosemarie Mallett will be joining the Episcopal Team as Bishop for the gloriously diverse Croydon Episcopal Area which stretches well beyond the M25. It has been a joy to see Rosemarie flourish as Archdeacon of Croydon with her passion for building community cohesion as well as championing racial and social justice. I have asked her to continue to focus on these as a bishop, confident that Rosemarie will be a great blessing to the parishes and people of the Croydon Episcopal Area and wider Diocese.”

Ahead of the announcement, the Bishop of Croydon Designate spoke about her hopes for what she can bring to the role. Watch the video here 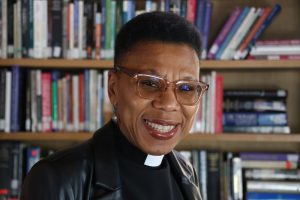