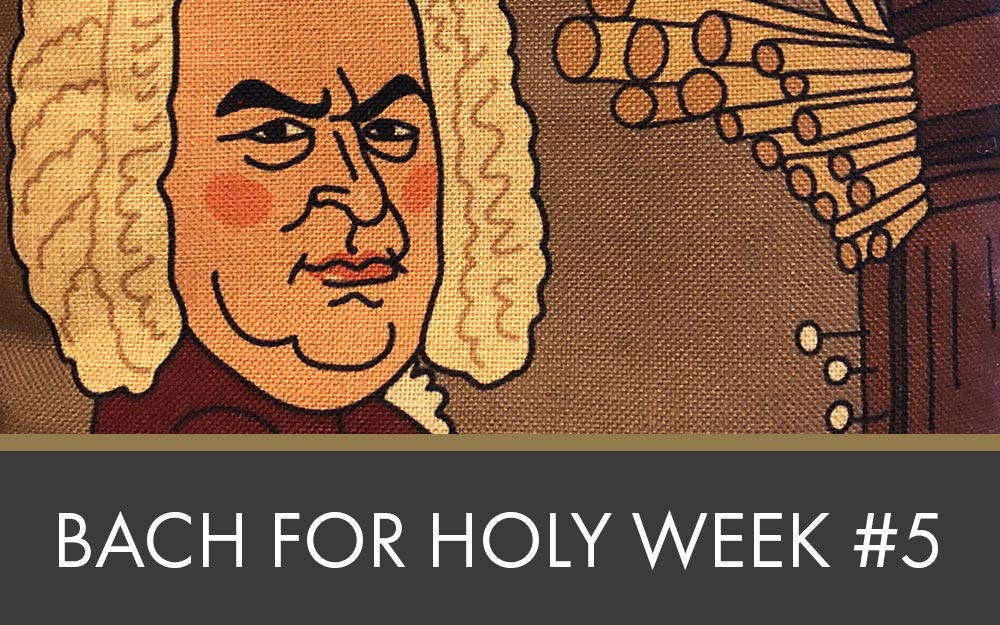 Partita I is thought to represent the death of Christ. Bach (a keen and accomplished mathematician) is known to have used number symbology in his compositions and this may be a superb example. Taking letter A as 1 and Z as 26, the inscription INRI from the top of the cross (Jesus of Nazareth, King of the Jews) totals 42. The letters from the full words total 327. In this Partita the upper voice has 327 notes and the lower voice 420. Coincidence seems unlikely…

The wonderful coloratura of the upper voice perfectly complements the melodic figures of the lower voice.

In addition to the Bach series, today we are publishing for the first time St Mildred’s Choir’s live recording of Allegri’s Miserere mei. Allegri wrote this setting of Psalm 51 in 1638 for the exclusive use of the Sistene Chapel at the Vatican during Holy Week. It was at some point forbidden to transcribe the music, until 1770 when a teenage Mozart heard it and transcribed it entirely from memory, a story that is corroborated by Mozart family letters.

The Miserere is also famous, of course, for its very high top C’s in the solo first soprano part, requiring a very skillful singer to perform it. It requires two choirs – a five-part chorus a four-part soloists. Passages for these choirs are interspersed with plainsong episodes.

This recording was made at the end of the Maundy Thursday service at St Mildred’s in 2019, during the stripping of the altar – hence there is some unavoidable background noise.